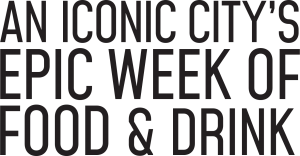 Chef Gearry Caudell is a Certified Executive Chef and Culinary Educator with over two decades of experience. Having earned a degree in Culinary Arts from Sullivan University, he understands the benefit of being classically trained by experienced culinary professionals. Chef Caudell’s post-college career began at the Glass Chimney, a fine-dining restaurant in Carmel, Indiana. He was later named the Executive Chef of Puccini’s La Dolce Vita in Bloomington, Indiana. In 2007, Caudell accepted a position at the prestigious West Baden Springs Resort in West Baden, Indiana, which is continually ranked amongst the best resorts in the U.S. by Conde Nast. It was during this time as Executive Chef of 1875 Steakhouse at West Baden’s sister resort, French Lick Springs Resort, that Chef Caudell began teaching as adjunct faculty for the culinary program at Ivy Tech University. Much as he had fallen in love with the hospitality field, he quickly realized that educating the next generation was quickly becoming a passion. That passion helped push him to pursue a faculty position at the Culinary Institute of Savannah at Savannah Tech, where he has been preparing students for a career in the hospitality industry for over nine years. He was named one of the “South’s Best Chefs” by South Magazine in 2015 and received the award for Instructor of the Year from the American Culinary Federation’s Chefs of the Lowcountry chapter in 2016.